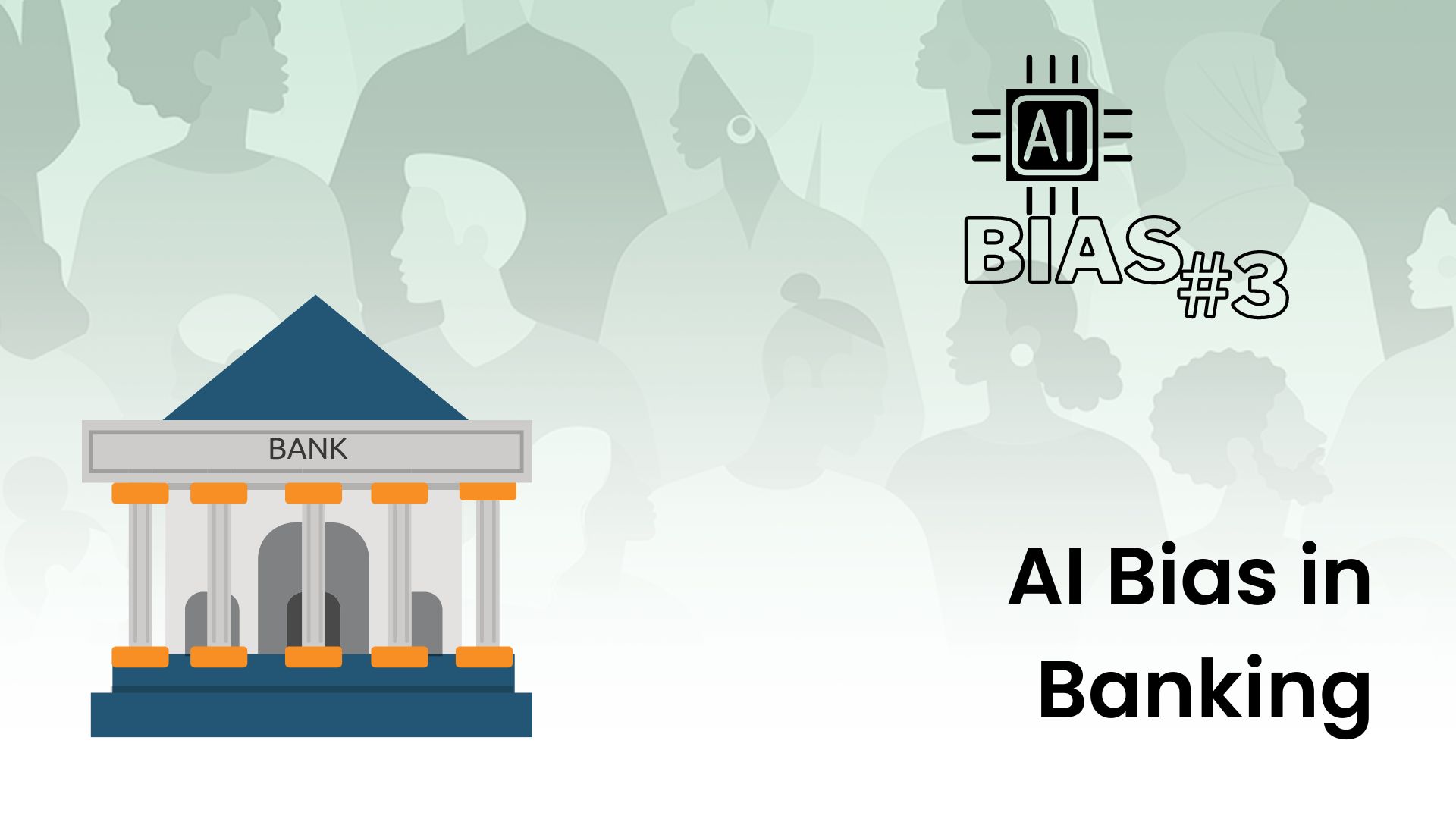 Similar patterns to those we have previously identified in healthcare and insurance are evident in banks, historic discrimination is skewing decision-making algorithms. McKinsey has identified the potential for AI to unlock $1 trillion of incremental value a year for banks globally, given they address the risk these tools can pose. The presence of biased data comprises one of the key risks to harnessing the benefits of banks deploying AI both in personal and commercial banking.

Lenders risk missing out on potential revenue opportunities while also leaving themselves exposed to incoming regulation. In addition we are in the midst of social justice movements across the world with customers and society as a whole increasingly considering the the actions of corporations from a corporate social responsibility (CSR) perspective.

Just how big a problem is discrimination in banking?

In our previous blog on AI bias in Insurance, we discussed the impact of Redlining, and once again the historically discriminatory practice is driving disparities in decision-making within the banking sector. Geographic areas which have been underserved with healthcare, public services and financial support are worse off across many metrics. The resulting data will impact decisions made by AI resulting in discriminatory decisions in both personal and commercial banking, particularly loans.

These are outright rejections but where algorithms do approve loans they are typically on higher rates meaning the applicant pays more interest. In 2017, $2.25 trillion of the $13 trillion of outstanding household debt in the US was associated with minority households, despite home ownership rates being significantly lower amongst these groups. This would suggest that the mortgages for minorities are costing them more than other groups through higher lending fees.

This has a knock-on effect on the economy as households have less disposable income to spend on high streets and may face higher rates of interest on other forms of finance due to their income-to-debt ratios. This ratio is considered when you take out finance on a car or a new credit card, put simply it is a measure of how much of your income needs to be spent on paying off credit cards, loans or mortgages. This then spills into the commercial sector, loans to open businesses in areas with poorer economic metrics, e.g employment rates, average salary and disposable income will be looked upon as less promising proposals. If you consider an entrepreneur that wants to open a restaurant in an area where residents have less income, the bank would be concerned that they may struggle to achieve a high enough level of profit to repay the loan and that even if they can, it would be at risk if the economic conditions to change.

In considering the effect this has in commercial loans, Citigroup estimates that the US alone has lost $13 trillion in potential business revenue since 2000 due to discriminatory lending against African American Entrepreneurs, costing the economy 6.1 million jobs as a result.

Regulators are stepping in to address biases in decision-making algorithms

The UK has reminded banks that AI used for lending decisions must be explainable and allow for watchdogs to understand exactly how they come to their decisions. This poses a risk to organisations that have deployed black box algorithms that often crunch huge amounts of data with little transparency. It is expected that the EU financial regulators and the UK’s FCA will introduce legislation to support investigations into the use of AI and subsequently dish out significant punishments.

McKinsey has substantiated the benefit of unlocking minority entrepreneurship within economies such as the US, they have identified up to $1.5 trillion per year that could be lost if the Black-White wealth gap cannot be closed by 2028.

How does it work?

We input real data that is biased into a generator to which we add fairness constraints. We obtain synthetic realistic data which then goes through an AI that will make decisions based on this new fair synthetic data.

In considering the discriminatory practices of the banking sector over the years it is clear that biases are present in the industry. The loans and mortgages offered by these institutions highlight that these practices remain and may be exaggerated by decision making AI. In considering both the ethical responsibility to be fair and the clear financial cost of underserving minority groups it is clear that this needs to be addressed to continue our progression both as a society and make best use of AI.

Fairgen's synthetic data solution bolsters data sets to provide fair outcomes in decision making AI, allowing decisions to be made free from discrimination and in the best interests of all parties involved.

McKinsey - AI Banks of the Future